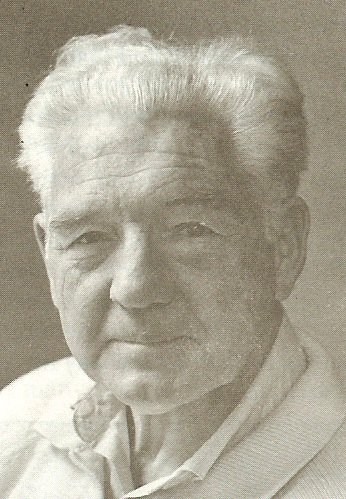 Bob Swann was a pacifist, house designer, and land reformer.  Exposed to the writings of Ralph Borsodi and Arthur Morgan while in prison for resisting induction into the armed forces during World War II, he developed a life-long interest in rebuilding community through alternative models of land tenure and local currency.

He was hired by Borsodi in 1967 as field director for the newly established International Independence Institute and was tasked by Borsodi with planting the seeds for a Gramdan Movement in America.  He worked closely with Slater King, Fay Bennett, Charles Sherrod and others to establish New Communities Inc. in southwest Georgia in 1969, widely considered the “first CLT.”  When Borsodi retired, Swann became the Institute’s executive director, changing its name to the Institute for Community Economics (ICE).

With three colleagues, Shimon Gottschalk, Erick S. Hansch, and Edward Webster, he co-authored The Community Land Trust: A New Model for Land Tenure in America.  Published in 1972, this was the first book to describe features of ownership and organization that came to define the “classic” CLT.

Leaving ICE in 1980, he moved to Western Massachusetts with his partner, Susan Witt.  Together they started the Community Land Trust in the Southern Berkshires and the E.F. Schumacher Society, now named the Schumacher Center for a New Economics.

Bob Swann, Peace, Civil Rights, and the Search for Community: An Autobiography Great Barrington, MA: Schumacher Society for a New Economics, 2001). Available at: