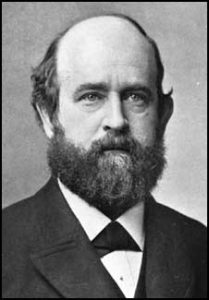 Henry George was an author, lecturer, politician, land reformer, and political economist. His most famous work was Progress and Poverty, published in 1879. Inspired by John Stuart Mills’ concept of the “unearned increment” – socially created value that accrues to land regardless of a landowner’s own investment or labor – he proposed a “single tax” that would appropriate these gains for the public good. He believed that capturing the unearned increment would allow a municipality to remove all other taxes on buildings, capital, labor, goods, and services. A single tax would provide all the revenue a city or state might need.

He made six trips outside the United States between 1881 and 1890, lecturing in Ireland, England, Australia, and New Zealand. George’s writings and lectures brought him worldwide fame, spawning an international Single Tax Movement and the formation of a number of single tax colonies, created to put his ideas into practice.

The first of these settlements to be established in the United States were Fairhope, Alabama (1894) and Arden, Delaware (1900). Both incorporated a form of tenure later embodied in the “classic” CLT, combining community ownership of land with individual ownership of the structural improvements.

Cover of Progress and Poverty