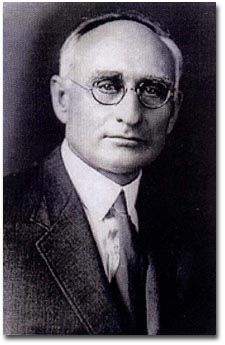 Arthur Ernest Morgan was a civil engineer, college educator, and social philosopher.  After a successful career designing flood control dams in the Midwest, he served for 16 years as the President of Antioch College in Yellow Springs, Ohio.  In 1933, he was appointed by President Franklin Roosevelt as one of three co-chairmen of the Tennessee Valley Authority.  While at the helm of TVA, Morgan seized the opportunity to realize his vision of an ideal community, a utopian dream influenced by the writings of Edward Bellamy and by Morgan’s familiarity with the Garden Cities of England and the single-tax colony in Fairhope, Alabama (where his eldest son had attended the School of Organic Education).

He oversaw the construction of Norris, Tennessee, a planned community to house the workers who were building TVA’s first dam.  The land at Norris was owned by TVA and leased for residential and commercial development.  In 1938, Morgan made a second effort to establish a planned community on leased land.  Using money from a Chicago philanthropist, he purchased 1200 acres to the north of Ashville, North Carolina, formed a nonprofit corporation to hold the land, and developed a leased-land settlement that he named the Celo Community.

Back in Yellow Springs, he founded Community Service Inc. in 1940 (named today the Arthur Morgan Institute for Community Solutions) to promote his ideas about economic development and social improvement centered on small-scale enterprises, small towns, and family life.  He published the most influential of his 20 books in 1942, The Small Community.  A correspondence course based on his book and a nationally distributed newsletter published by Community Service Inc. over a period of several three decades helped to bring Morgan’s decentralist philosophy to a large audience.

Arthur E. Morgan, Dams and Other Disasters: A Century of the Army Corps of Engineers in Civil Works (Boston: Sargent, 1971). 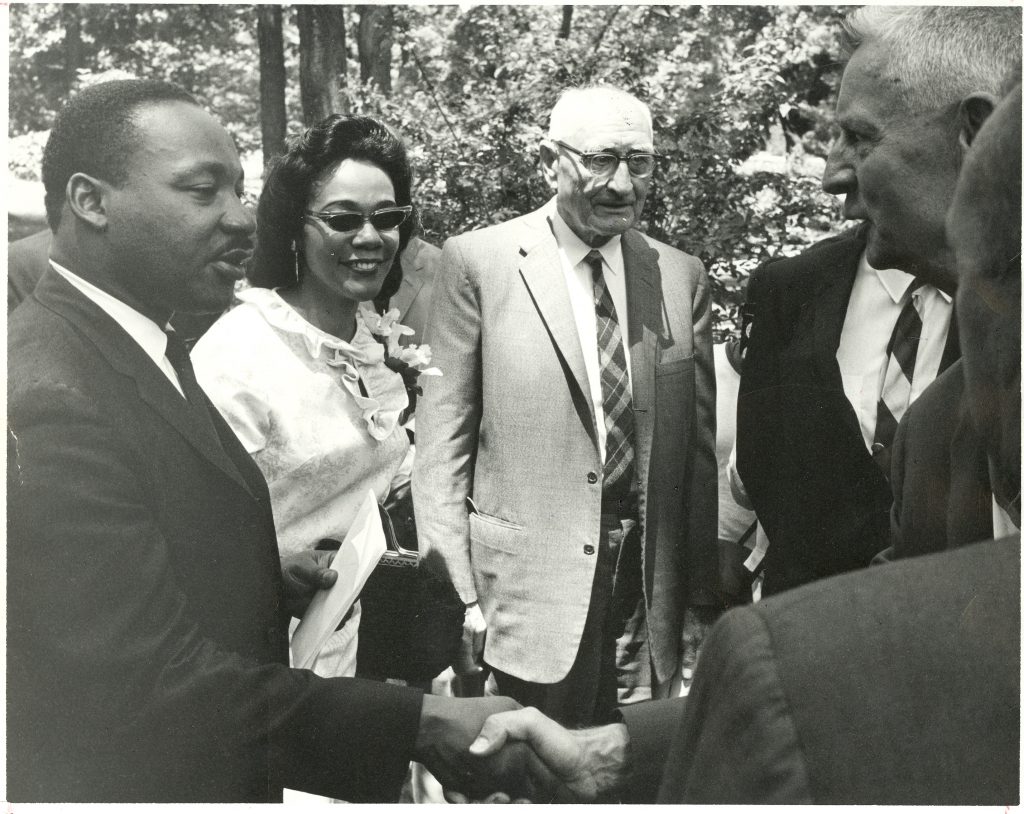 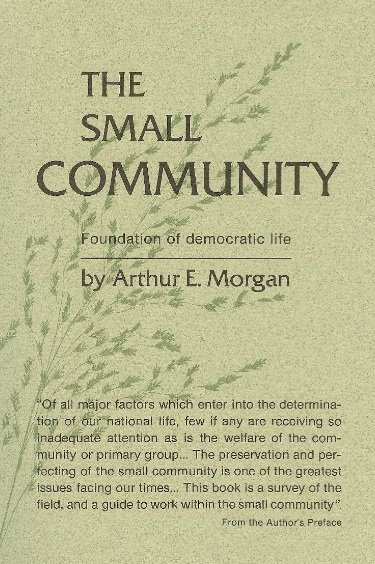 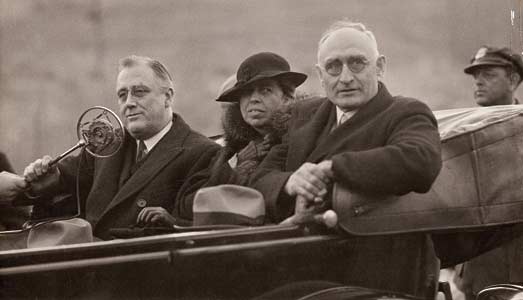 Arthur Morgan with the Roosevelts 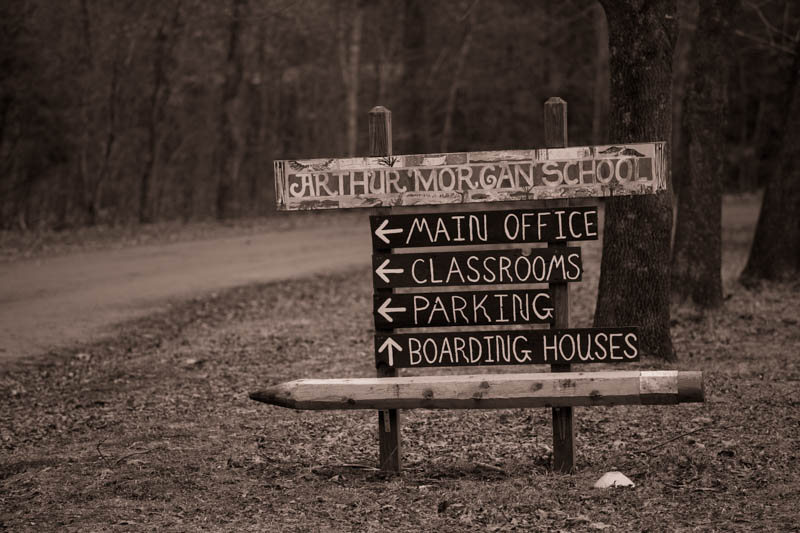 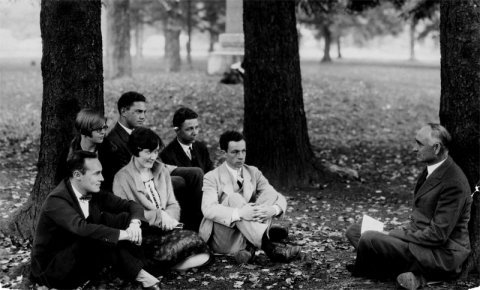