The Center for CLT Innovation has constructed a Timeline tracing the intellectual and political pedigree of the international community land trust movement. The modern CLT is derived from New Communities Inc., a prototype pioneered in the 1970s by African-American civil rights activists in the United States, but that “first CLT” was itself a product of seminal ideas, social experiments, and political struggles that preceded it by many years. This Timeline denotes major milestones in the CLT’s development, honoring thinkers, activists, publications, and precedents from around the world that contributed to the creation of New Communities – while highlighting key events that came after, seeding the growth of a global CLT movement.  Additions will regularly be made to the Timeline as new historical information comes to light and as practitioners write new chapters in the unfolding story of the CLT.

Land Tenure in the Ancient World

In ancient India, as in much of the world, land was seen and used as a common heritage, a gift from nature to all inhabitants of the earth. References to land tenure in the Vedic texts, the foundation of Hindu spirituality, prohibit the deeding of land. In the early Judeo-Christian tradition, land is similarly viewed as a shared inheritance of humankind, not as a private commodity. In Leviticus 25:23, God is reported is to say: “The land shall not be sold permanently, for the land is Mine; for you are strangers and sojourners with Me.”

As the Roman empire spreads through much of the world (509 BC - 395 AD), thousands of captured hectares are awarded by the Emperor to favored individuals, laying the legal foundation for the private titling of land across Europe and England. Beyond the empire’s political and cultural reach, however, collective landholding remains widespread. Individuals continue to occupy and to use land-based resources not as personal property, but as usufructs.

Prior to the arrival of European conquistadores and immigrants, possession of land for personal use can be found among some Indigenous Peoples of North America, South America, and the Caribbean, especially where farming is prevalent. Even here, however, most of the lands, forests, and waters surrounding tribal settlements are treated as commons. Among nomadic tribes, including those ranging across the Great Plains of North America, private ownership of land is a foreign concept.  Native American lands are not owned by individuals. They cannot be sold by a tribal chief. They belong to the whole community.

Fifty acres in Boston are reserved for the common use of the townspeople. Boston Common, the oldest city park in North America, is adopted as a model by other colonial settlements that also set aside lands for collective use by all residents.

John Locke publishes the Second Treatise on Government. The chapter “On Property” provides an influential, moral justification for enclosing and converting the commons into separate parcels of land that are owned and used exclusively as private property.

The US and Spain sign the Treaty of San Lorenzo, carving up much of the continent between them. What follows is a century of serial catastrophes for Native Americans as their land is taken piece by piece. 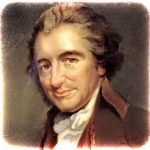 Publication of Agrarian Justice by Thomas Paine arguing that only structural improvements should be treated as individual property, not land.

The Indian Removal Act of 1830 is enacted by the U.S. Congress, giving Presidents Jackson and Van Buren authority to forcibly relocate Native American tribes in the east – including the Seminole, Choctaw, Cherokee, and Chickasaw – to reservations west of the Mississippi.

The Rochdale Society of Equitable Pioneers is founded in Rochdale, England. The seven principles adopted by the Rochdale Pioneers form the basis of the modern cooperative movement.

John Stuart Mills publishes Principles of Political Economy. He coins the phrase “unearned increment” to describe the appreciated value in land that occurs as a result of development of society. Fifty years later, this concept becomes the foundation and justification for Henry George’s “single tax,” a mechanism for reclaiming gains in land value that were created by the community in order to benefit the community.

Ebenezer Howard is born in London.

The Morrill Act is passed by the U.S. government, granting millions of acres of federally-owned land to states for the creation and expansion of educational institutions. The acreage bestowed upon these “land-grant colleges” is taken by the federal government from approximately 250 Native American tribes, bands, and communities.

Ebenezer Howard emigrates with two friends to America at the age of 21, trying his hand at farming in Nebraska. 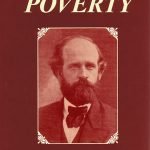 Publication of Progress and Poverty by Henry George.

Henry George delivers a series of public lectures in Ireland and England. 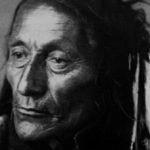 Chief Crowfoot (1830 - 1890), leader of the Blackfeet First Nation during European settlement of the Canadian West, gives a famous speech in 1885 contrasting his people’s attitude toward land tenure with that of the White settlers: “We cannot sell the lives of men and animals; therefore, we cannot sell this land.  It was put here for us by the Great Spirit and we cannot sell it because it does not belong to us.  . . .  As a present to you, we will give you anything we have that you can take with you, but the land, never.”

Passage of the Dawes Act, authorizing U.S. Presidents to take land away from Indian tribes by granting members of the tribe individual allotments. It has the effect of reducing Native American landholdings from 147 million acres in 1887 to 55 million acres by 1934. 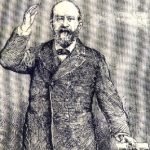 Henry George is persuaded to run a second time for mayor of New York City, opposing Tammany Hall as a candidate of the city’s labor organizations. Four days before the election he dies from a stroke on October 29th. 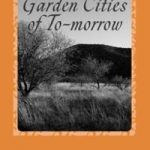 Publication of To-Morrow: A Peaceful Path to Real Reform by Ebenezer Howard later reissued as Garden Cities of Tomorrow.

Ebenezer Howard’s 1898 book is revised and reissued under a new title, Garden Cities of To-Morrow.

Founding of the first Garden City in England, Letchworth.

Founding of Canberra, capital city of Australia. Located on land owned by and leased from the Australian Capital Territory, Canberra’s tenure and design were influenced by the ideas of Henry George and Ebenezer Howard.

Article 27 of the Mexican Constitution legalizes communal property, stating that: “co-owners, rancherías, settlements, congregations, tribes and other settlement organizations that in fact or by law were maintained in a communal state shall have ability to enjoy in common the lands, forests and waters that belong to them.”

Nahalal, the first cooperative agricultural settlement organized along lines of a moshav, is established in the Jezreel Valley in Palestine. 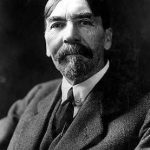 Publication of Absentee Ownership and Business Enterprise in Recent Times: The Case of America in which Thorstein Veblen declares that land speculation, not baseball, is the “Great American Game.”

Sunnyside Gardens is developed as a planned community on Garden City principles in Queens, New York.

Ebenezer Howard dies at the age of 78.

Norris, Tennessee is developed by the Tennessee Valley Authority (TVA) to house workers building Norris Dam on the Clinch River. The city’s design – and its leasehold form of landownership – is based on Howard’s Garden Cities.

Ejido system is introduced as an important component of land reform in Mexico. (An ejido is an area of communal land in which community members have a durable right to use and to occupy land – a usufruct that may be bequeathed to their heirs.)

Ralph Borsodi establishes a leased-land community and folk school in Suffern, New York which he names the School of Living.

The National Sharecroppers Fund is created by the National Tenant Farmers Union to publicize the plight of sharecroppers and to push for legislation aiding agricultural workers.

Arthur Morgan sends his son, Griscom, to western North Carolina to look for land. Using money from a Chicago philanthropist, he is able to purchase 1200 acres in a mountain valley 40 miles north of Ashville.

Celo is established by Arthur E. Morgan in western North Carolina, a leased-land community that eventually grows to 40 homesteads. 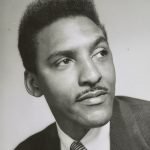 Bob Swann is released from prison on three years’ parole. Moving to Washington DC, he meets Marjorie Shafer who is working for the Committee for Conscientious Objectors. They marry a year later. 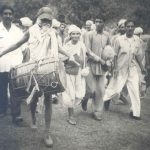 Rosa Parks is arrested in Montgomery, Alabama after refusing to move to the back of a city bus, sparking a year-long campaign against segregation in the city’s public transportation.

Rev. Maurice McCrackin invites Clarence Jordon to Cincinnati to tell the story of Koinonia Farm to his congregation in the West End. Dorothy Swisshelm, a member of McCrackin’s  church, moves to Georgia and joins Koinonia later that year.

The number of community land trusts in the United States reaches 100. 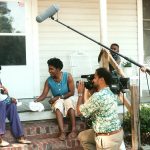