The intellectual origins of the modern-day community land trust begin in the United States with a home-grown, self-educated political economist named Henry George.

During the period before the Second World War, two influential experiments in community landholding were established in the United States. Arthur E. Morgan was the godfather of both.

Koinonia Farm was founded as an intentional, interracial community where wealth would be shared in a common purse and where blacks and whites could live, work, and worship together in a spirit of equality.

Unconventional ideas and intentional communities native to the United States did as much to seed and to shape the modern CLT as ideas imported from abroad.  Even before there was a United States, Native Americans believed that land was a resource that was given by God to all, not “property” to bought and sold.  This was a view shared by many of the new republic’s greatest thinkers and leaders. 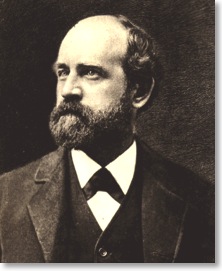 The American thinker who took this concept the furthest, believing that land should be treated differently than the buildings upon it was Henry George.  His writings inspired the formation of a number of single-tax colonies during the opening decades of the 20th Century.  The land in these communities was owned by a nonprofit corporation.  The buildings were individually owned by families, businesses, or cooperatives.

A new crop of intentional communities, established on community-owned lands that were leased to the individual owners of any buildings on these lands, sprang up in the 1930s and 1940s.  They were started or inspired by Ralph Borsodi, Mildred Loomis, and Arthur Morgan.  It was Borsodi who first described these leased-land experiments as “land trusts.”  He believed that land should never be individually owned and was quite vehement in insisting that land not even be called “property.”  He preferred a term that he had coined himself: “trustery.”

Another intentional community was to have a major influence on CLT development. This was Koinonia Farm, a Christian community in southwest Georgia founded in 1942 by the Reverend Clarence Jordan.  Among the many supporters who visited Koinonia in the 1950s and 1960s, as it faced of an economic boycott and violent harassment by racist neighbors, were men and women who later helped to create the first rural and urban CLTs.  Kononia may have been the place where many of them initially met and hatched their plans, with Jordan in the middle of their conversation.

This chapter of Roots & Branches is a collection of historical materials about people, places, and ideas inside the United States that directly or indirectly influenced the later theory and practice of CLT practitioners.