The proliferation of CLTs in the 1980s and 1990s did not happen by accident.  The model’s spread across the land was the product an intentional strategy of developing a clear and consistent message about what a CLT is, how it is structured, who it serves, and what it does.

Every CLT requires an abundance of financial resources to acquire land, to develop housing (and other buildings), to mortgage homes, and to sustain the operations of a nonprofit organization with stewardship responsibilities expected to last forever.

From its earliest days, the community land trust developed and progressed because of the free flow of information among practitioners who were learning on the fly what worked well – and what did not.

Relations between municipal governments and neighborhood-based CLTs were quite stormy in the beginning, with interactions marked by benign indifference, with neither party doing more than is minimally required to meet whatever legal obligations each might have with regard to the other.

The activists and practitioners who were creating the first CLTs in the 1980s and 1990s confronted two make-or-break questions.  What services were not already being provided by another nonprofit organization?  What could a community land trust do better than anybody else?

When two species with very different characteristics are combined, resulting in an increase in size, yield, and performance, that salubrious result is known as hybrid vigor.  Something similar has happened in the development of CLTs.

The number, dispersion, and diversity of CLTs began to grow after 1985.  Before that time, there were maybe a dozen organizations in the United States that could fairly be called a “community land trust.” By 2010, there  were over 200 CLTs, located in 46 different states. They had spread to other countries as well, with CLTs springing up in England, Australia, Canada, and Belgium. For most of these organizations, the production and stewardship of affordable housing remained their main activity, especially the creation and preservation of homeownership opportunities for lower-income households. 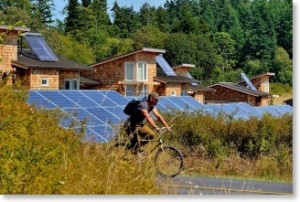 But many CLTs were branching out: they were developing and managing other forms of housing, including rentals, cooperatives, shelters, and housing for people with disabilities; or they were supporting projects other than housing, including neighborhood parks, neighborhood enterprises, community gardens, urban agriculture, and community facilities. Over the span of twenty-five years, the “hypothetical model” that Bob Swann, Shimon Gottshalk, Eric Hansch, and Ted Webster had described in their 1972 book had outgrown the greenhouses and trial plots in which the CLT had been started. CLTs were now being cultivated in many gardens, here and abroad. An experimental model had become a worldwide movement.

How did this happen? What were the conditions and strategies that nurtured such growth? Who were the gardeners behind it? This chapter of Roots & Branches will attempt to answer these questions, collecting historical materials that trace the CLT’s development from 1985 to 2010.